As long-term transitions continue around the increasing market dominance of mobile and cloud apps and the adoption of faster software development life-cycles, testers in 2016 are taking on an increasingly critical role in software organizations.

cover mostly all domains from video streaming consumer app to highly secure banking apps. We all know that testing mobile app is quite a complex process. Android & iOS are the most popular mobile operating systems. App stores are setting higher acceptance thresholds, which places greater demand on companies to increase the breadth and depth of their mobile app testing, especially with regards to device and platform compatibility.

Therefore, a key trend in mobile app compatibility testing is the rise of mobile device farms in-house or in the cloud. The latter is increasingly popular as the matrix of models, OS versions, carriers and platform configurations continue to expand exponentially. Maintaining a highly dynamic infrastructure in-house is simply unattainable for all but the largest enterprises.

What is Mobile Application Testing?

Mobile Application Testing is the process in which applications that are designed and developed for mobile devices (smartphones, tablet PCs or phones) are tested for its functionality, consistency, and usability.

Mobile Testing has the following categories:

Functional Testing: Basic type of Testing used to check functionalities of the application as per requirement specification.

Memory testing: Mobile devices come with limited memory as compared to computers. This type of testing is performed to test the optimized memory usage by an application.

Usability Testing: As always it used to check efficiency, effectiveness, and satisfaction of application.

There are many tools available in the market for Mobile Testing. Here are some of the tools explored which are the most popular.

Appium is an Open-Source tool for automation of native, mobile and web as well as hybrid apps on iOS and Android platform.

Calabash is an automated acceptance testing framework maintained by Xamarin and Calabash consisting and can be compared with Selenium Web Driver. 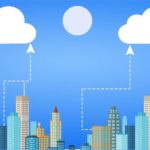 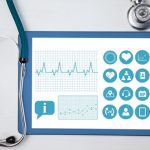