Internet of Medical Things (IoMT) has recently caught the attention of the tech-geeks and technology providers across the world, due to the surge in its demands and the need for constant technological evolution. Healthcare devices are unable to match up with the rise of patients, the manifestation of

new chronic diseases and the increase in costs of medical treatments globally. A major part of IoMT is focused on early diagnosis and regular monitoring, followed with assistance during treatment. This includes out-of-clinic trials and patient-connected mobile devices, along with hospital set-ups.

IoMT has its own challenges and benefits in its implementation. Being a relatively new concept, there still remains a lot to be explored. However, it is undeniably one of the most exciting periods for IT solution providers like Vatsa Solutions, who have practically been a part of IoMT developments right from its beginning stages.

In this first part of the blog post, we will be talking about the challenges in implementation of IoMT:

Uniformity in Healthcare standards is of utmost importance for the success of IoMT on a global scale. The results of any medical tests, need to have standardization across platforms. This standardization has been a challenge across the entire industry. HL 7 standards and compliances like HIPAA, QCDR, and QR are being readily accepted worldwide. As an example, here’s how Vatsa helped a team of independent board-certified physicians to create an HL7 standards-based platform for simplified pre-operative care and better surgery outcomes. Similarly, devices that accept such standardizations are the future of IoMT.

Along with standardization, simplicity plays a major role in the acceptance of IoMT. This is especially because there is no steady answer as to the condition of the patients to be monitored or treated. Many a times, patients might be unaware of their state of mind, which may need extra care to be taken while designing these devices.

Having all the data accessible on the cloud in real-time is a double-edged sword. There needs to be a very high level of security maintained while operating IoMT connected computer devices. Apart from the risk of cybersecurity or data being hacked/ stolen, in some cases, it may lead to patients tampering with the devices or even lead to vulnerability.

However, the pros outweigh the cons in IoMT and none of these challenges are unsolvable. It’s just a matter of refining the implementation process and its maintenance. As a forerunner in IoT, Vatsa has closely worked in the healthcare industry and helped many to achieve measurable success in it.

In the next part of the blog we will be discussing the benefits and future of IoMT, stay tuned. In the meantime, we would love to know your thoughts on IoMT and its applications. If you have any ideas, suggestions or queries feel free to connect with us at contact@vsplc.com. 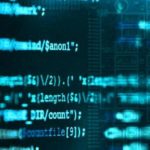 IoMT – Internet of Medical Things: All you need to know (Part 2) 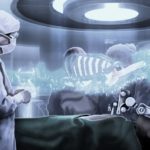